Canary in the coliform mine: Exploring the industrial application limits of a microbial respiration alarm system 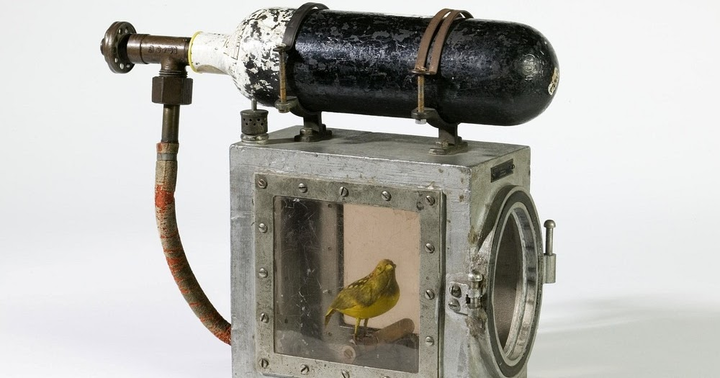 Carbon dioxide production is a universal biological indicator of respiration and is a parameter indicative of life, often harnessed as an indicator of ecosystem health. Following a similar bird’s-eye-view, Kroukamp and Wolfaardt developed the Carbon Dioxide Evolution Measurement System (CEMS), which harnesses microbial CO2 production to study whole-biofilm metabolic profiles. Unlike standard respirometry, CO2 rather than O2 is monitored as the by-product of glycolysis and the Krebs cycle. In this research, Doctors Wendy Stone and Gideon Wolfaardt of the Department of Microbiology, Stellenbosch University, Professor Tobi Louw of the Department of Process Engineering, Stellenbosch University, and Professor Thinus Booysen of the Department of Electrical and Electronic Engineering, Stellenbosch University evaluate the potential of using CEMS as an alarm in commercial and industrial settings, analogous to the miner’s canary.

The technology is assessed as an indicator in two similar but converse undesirable industrial scenarios:

(1) the contamination of potable water systems, and

(2) the inhibition of bioreactors for the treatment of waste- or industrial service water.

The second scenario is especially relevant since a failure of wastewater treatment systems can result in serious environmental pollution, due to unexpected inflow of chemicals that inhibit growth, or careless incorporation of industrial waste streams without taking biodegradability into account. For instance, wastewater loading impact is commonly calculated based on COD rather than contaminant toxicity.

In this study, the thresholds of this CO2 monitoring technology were shown to limit use as an early-warning system for potable water but were sufficient to meet agricultural water standards. The system was an effective alarm for bioreactor disturbances. Modelling was employed to tease out physico-chemical CO2 fluctuations from the metabolic response of the microbial aggregate, which is the active role player in waste remediation.

The Carbon Dioxide Evolution Monitoring System was shown to only be indicative of relatively high levels of microbial contamination in water systems. The lower thresholds are above the maximum coliform and heterotrophic loads permitted for potable drinking water according to WHO and national standards, although significantly improved by the redesign to a closed-loop system. In contrast to potable water standards, it was proven effective for significant contamination events and monitoring water for broader applications, for example to national and international irrigation standards. The canary CEMS was also effective as an immediate, remote alarm for metabolic disturbances in a RAS reactor treated with a disinfectant, as well as pH and temperature fluctuations. The system aims to act as an immediate indicator of the metabolic responses of the microbial aggregate, which was resolved from the physico-chemical CO2 equilibration by mathematical modelling. If thresholds and minimum limits are understood and optimised for individual application per system, the universal principle of whole microbiome respiration has notable potential as an early-warning technology for microbial disturbances in industrial settings.

Inside and out: A Platform to Characterise Stratification in Horizontal Electric Water Heaters