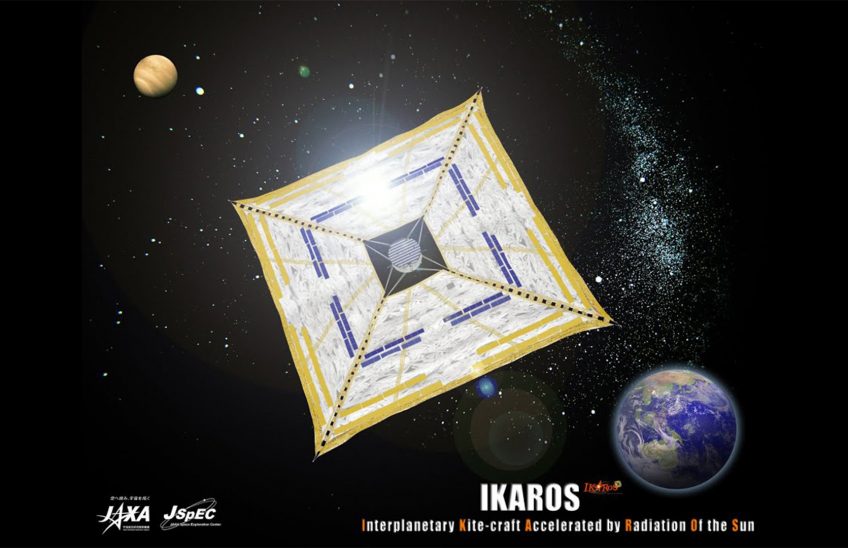 Most solar sailing missions utilise semi-rigid boom technology, but this limits the possible size of the sail. Practical large sails may, however, be constructed using flexible booms on a spinning satellite. This article is based on Drs Willem Jordaan and Luke Hibbert of the Department of Electrical and Electronic Engineering, Stellenbosch University’s recently published findings after investigating the dynamics of the deployment of long flexible booms. In their research, they also discussed limiting parameters and proposed deployment strategies that utilise active deployment and a means of passive deployment which requires no direct control of the deployment process. The authors further presented practical insights into the design, testing and use of a flexible boom solar sail deployment mechanism based on small scale experimental testing and discussed aspects such as boom winding and balanced deployment. The research resulted in the development of three novel deployment mechanism design concepts; two passive mechanisms using rotational damping to retard the boom deployment and one active concept which takes advantage of the forces produced by the spinning nature of the satellite to develop a compact deployment mechanism.

Solar sailing and related technologies have recently seen more widespread application and possible use cases. The possibility of navigating large distances without the need for propellant allows missions to be undertaken that otherwise may not have been possible. To make full use of a solar sail, the deployed surface area of the sail needs to be maximised to increase the generated solar thrust. Future missions which hope to use solar sailing to explore the further reaches of the solar system will require large sails to obtain their required velocities.

The research conducted by Drs Jordaan and Hibbert explored some practical aspects concerning the deployment of flexible booms for spinning solar sails and how these influence the design of the deployment mechanism. A 3 U satellite with 4 m booms was used as the main case study to ensure that the final design is small and compact. The dynamics of the deploying booms and certain effects which influence their deployment such as winding were defined while passive and active deployment strategies were also investigated.

Most solar sailing missions so far undertaken rely on semi-rigid boom technology and are small. To make full use of the possibilities presented by solar sailing, larger sails are required where semi-rigid booms might be unsuited. The authors highlighted in their paper that spin stabilised sails have centrifugal force to maintain its shape and makes the long deployment process more predictable, especially sections of undeployed sail which do not have inherent structural stiffness. They conclude by explaining that the deployment of large flexible membrane structures has applications in solar sailing, drag sails and synthetic aperture radar. The use of spinning, flexible boom designs allows this structure to be far larger than when using more traditional boom technologies. The implementation and testing of this technology on a CubeSat platform allow the capabilities of these concepts and strategies to be cost-effectively demonstrated.