The Square Kilometre Array (SKA) project was born out of an international effort to build the world’s largest radio telescope. The name derives from the fact that the telescope has over a square kilometer of collecting area. The SKA telescope is one of the largest scientific endeavours in history operating over sites in South Africa and Western Australia and as such draws the world’s finest scientists, engineers, and policymakers. MeerKAT, the South African radio telescope, is the SKA’s forerunner and will integrate into the mid-frequency component of SKA. Prof Dirk de Villiers of the Department of Electric and Electronic Engineering currently has a large research programme in this field.

The history of the SKA project

The SKA project commenced during September 1993 with the International Union of Radio Science’s (URSI) establishment of the Large Telescope Working Group. This heralded a worldwide effort to develop scientific goals and technical specifications for a next-generation radio observatory. After various meetings of the working group and the ratification of various memoranda pertaining to the SKA project, it is now led by the SKA Organisation, a not-for-profit company established in December 2011 to formalise relationships between the international partners. 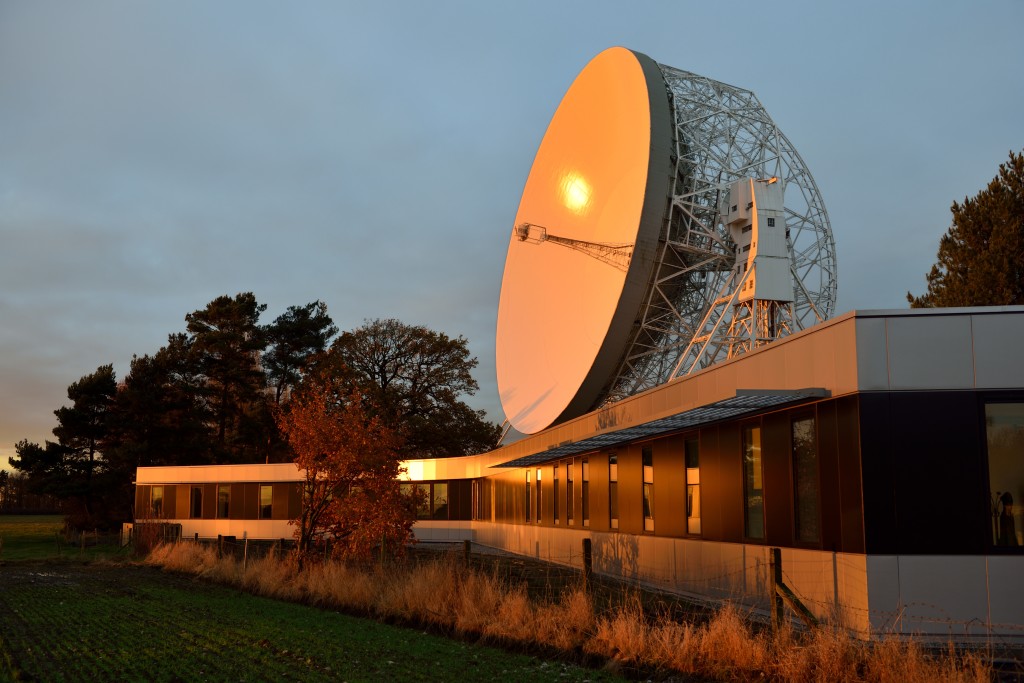 The science behind SKA

In numbers: The SKA is 50 times more sensitive and 10 000 times faster than the best radio telescopes available today. It can produce images with a 50 times higher resolution than the Hubble Space Telescope. The purpose of SKA’s greater sensitivity is to expand the range of observable universe with the goal of answering profound questions in the disciplines of astrophysics, cosmology, and fundamental physics. SKA will be able to take astronomers back to the Dark Ages by providing a time-lapse of the universe to investigate how the first structures of the universe were shaped. It will further probe Einstein’s theory of general relativity using highly magnetised and rapidly spinning neutron stars (“pulsars”) and by mapping the hydrogen in a billion galaxies, SKA aims to reveal the large-scale structure of the universe. A further area of study SKA will benefit is dark matter – SKA will provide ways to chart dark matter distribution across the universe and examine it a physics level. Finally, with SKA’s ability to detect polarised light, it can aid the study of magnetic fields in, for example, the Milky Way.

How the SKA works

A modern radio telescope is a collection of antennae scattered across a large area. These antennae behave as a single dish with a collecting area of the combined antennae through a technique referred to as interferometry. In the case of the SKA, this means one square kilometer. Interferometry combined with other modern instruments will allow teams of astronomers to “see” the universe in greater detail at all wavelengths of light.

The SKA detects hydrogen which is the most common element in the universe and the fundamental building blocks for stars. Stars form when hydrogen clouds collapse under their own gravity and when galaxies form not all the hydrogen is in stars anymore. This remaining hydrogen is what we see with radio telescopes.

The most important question the SKA will aim to address is simply this: “Are we alone in the universe?” SKA can probe the regions across stars where earth-like planets are most likely to settle as well as where environments could potentially host life.