Water scarcity and poverty: The lasting impact of a maintenance campaign at South African schools across the affluence divide 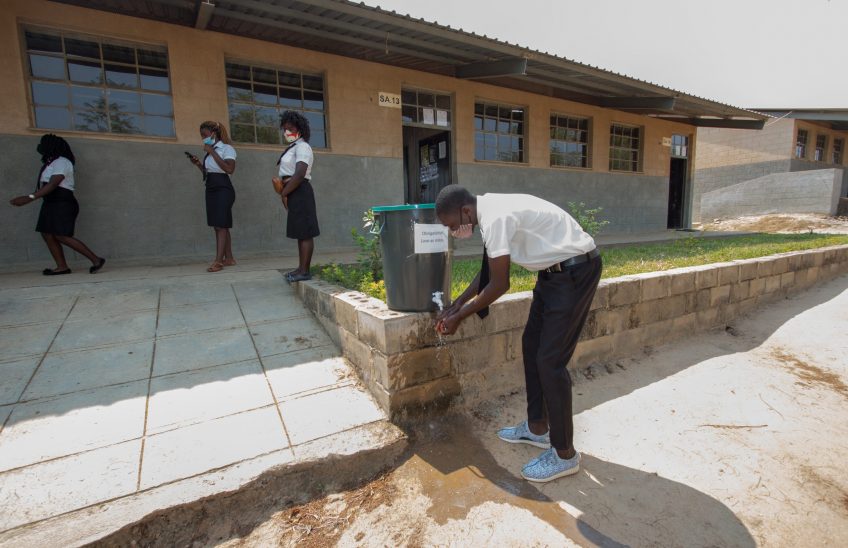 Water sustains life, and nowhere is our dependence on it clearer than in large cities in drought-stricken areas.  According to the World Health Organization, half of the world’s population will be living in water-stressed areas by 2025. For this reason, water features prominently in sustainability discussions especially given the recent Western Cape drought. During that crisis, a campaign was launched to save water at schools, consisting of a basic maintenance campaign and a behavioural campaign. The basic maintenance campaign was limited to easy fixes while the behavioural campaign comprised an information campaign and an information and competition campaign. The impacts of these were assessed immediately after the interventions. This research conducted by Prof Thinus Booysen and Dr Stiaan Gerber, both of the Department of Electrical and Electronic Engineering, Stellenbosch University, revisits the maintenance results by assessing the difference in responses according to affluence levels of the schools, and by evaluating the impacts one year after the campaigns. It was ultimately found that the poorer schools were not able to sustain the maintenance gains, especially at the primary schools.

The research describes the medium- and long-term effects of a campaign that was run during 2017 and 2018 using the available dataset in the run-up to Day Zero in Cape Town. The campaign included a behavioural and maintenance component with the objective of this study being to evaluate the long-term effects of technological intervention within schools in the Western Cape and to better define the effects of poverty on a school’s water usage. In addition to providing an understanding of the long-term impacts of these interventions at schools – something not known at present – these results will assist with the decision-making process necessary to amend and improve current water management and conservation policies. This study will explore usage data of 270 schools from October 2017 until August 2019.

Highlights of this research

Affluent schools benefited from a lower base in the short term and maintained gains better.

The results of the research indicated a strong correlation between the poverty index of the school and the amount of water used. In this regard, the research showed that affluent schools used more than the median schools, but the poorer schools used the most, showing some resemblance to a U-curve. This trend was visible for the whole day as well as for midnight hours. The affluent schools probably use more due to larger and more facilities, and price insensitivity; the median schools use less because of price sensitivity with sufficient finances to maintain the plumbing; while the poorer schools probably use most because of an information asymmetry and lack of funds to keep up maintenance.

Which Strategy Saves the Most Energy for Stratified Water Heaters?