The Large Millimeter Telescope (LMT) is the world’s largest single-dish steerable millimetre wave telescope. The Mexican government, under the leadership of Prof Laurent Lionard of the National Autonomous University of Mexico, funded a project to investigate the feasibility of adding a K-band receiver to the telescope cabin. Prof De Villiers, of the Department of Electrical and Electronic Engineering at Stellenbosch University, in close collaboration with William Cerfonteyn, a PhD student, form part of the team who was tasked with developing an optical design of the required reflectors for this project.

We have compiled a handy table of contents to help you navigate: 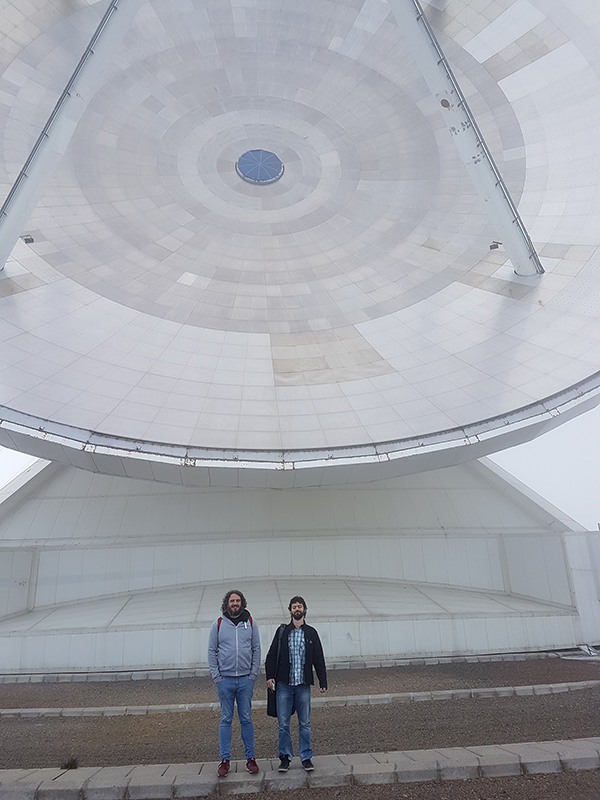 As mentioned above, the LMT is the world’s largest single-aperture telescope in its frequency range specifically built to observe radio waves in the wavelengths of approximately 0.80 to 4 mm. It has an active surface of 50-meter diameter of collecting area and is perched on the summit of Sierra Negra in Mexico. Millimetre wavelength observations using the LMT will give astronomers a view of those regions that are obscured by dust in the interstellar medium, thus increasing our knowledge about star formation. The telescope is also particularly fitted for observing solar system planetesimals and planets as well as extra-solar protoplanetary disks which are relatively cold and emit most of their radiation at millimetre wavelengths.

The LMT project forms part of the worldwide Event Horizon Telescope that recently managed to produce the first-ever image of a black hole. Its main focuses include to pursue pioneering research, train future generations of scientists and engineers, develop innovative technology to benefit society and ultimately to become a world-leading research facility for millimeter-wave astronomy.

The objective of the study is to test the feasibility of locating a K-band receiver (KBR) in the LMT receiver cabin taking into account potential mechanical and practical concerns and limitations. This includes the numerous reflectors necessary to effectively direct the energy to the possible location. The goal was to choose the position in such a way that all the required reflectors – and the receiver – would fit inside the receiver cabin. Additionally, the design attempted to maximise the aperture efficiency of the reflector, to maximise the amount of energy received.

The LMT currently works optimally at night time and under low wind conditions. The feasibility study aims to address this limitation and the hope is that the LMT will also become operational under more challenging conditions and during the daytime. The feasibility study and feedback report are currently being finalised whereafter the detailed design and prototyping of a demonstrator system will be undertaken in Mexico.

Beyond SKA1: The Dense Dipole Array
Comments are closed.