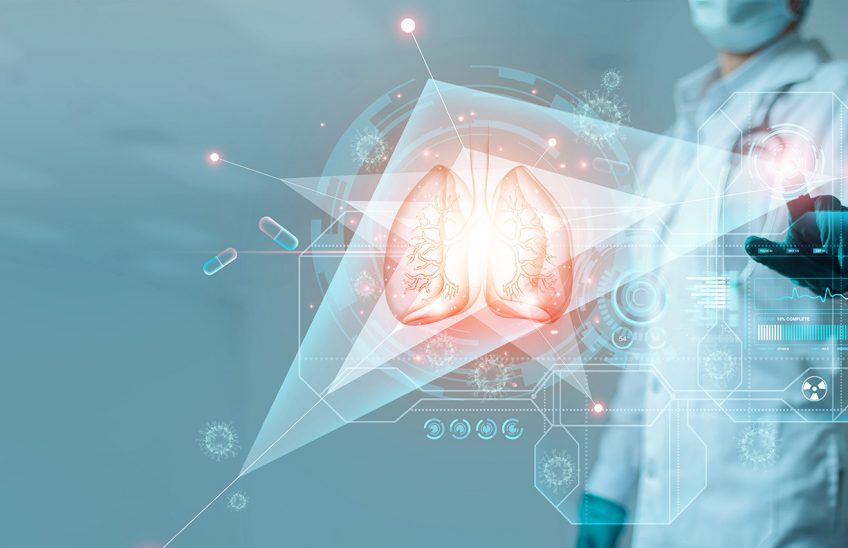 Tuberculosis (TB) is a major yet preventable global health problem. It is estimated that every year 10 million people fall ill with TB and 1.5 million people from it. In fact, it is estimated that one-quarter of the global population is infected with mycobacterium tuberculosis. Treatment of TB, also known as TB preventive treatment (TPT) aims to prevent the development of the disease and is one of the critical components to achieve the ambitious targets of the WHO End TB Strategy.

In addition, the current state of antimicrobial resistance is deteriorating. Many of the most common species of bacteria, such as mycobacterium tuberculosis and methicillin-resistant staphylococcus aureus (MRSA), have developed resistance to multiple types of antibiotics. However, research showed that a point-of-care assay can be very effective in distinguishing between bacterial and viral infections. Daniel Retief, a current PhD candidate at the Department of Electrical and Electronic Engineering, Stellenbosch University is developing such a point-of-care reverse transcription-polymerase chain reaction (RT-PCR) device for the diagnosis of TB, in collaboration with the TB IRG research group based on Tygerberg campus.

The point-of-care device is being developed in line with the World Health Organization’s target product profiles to diagnose and screen for TB with the target environments for this system being rural Africa and Asia. The research aims to develop a device with the following characteristics: it must be simple to use, cost-effective, and capable of being used as a point-of-care. It should furthermore be capable of replacing sputum smears and cultures, and ideally, also be useful for drug susceptibility. It has been shown that the mRNA signatures, or gene expression signatures, that have been developed cover most if not all of these points.

Designing the system for mRNA isolation

“My overall approach to this project has been to split the problem into several smaller designs, each reduced to the bare minimum required to perform their function. This makes it easier and faster to achieve a design that works and can then be integrated with the whole. Once a subsystem has been completed, it is also easier to improve on it while leaving the rest of the system unaffected. I’ve realised that the qPCR and reverse transcription steps of this process can be done with the exact same hardware. Therefore, I’m starting with this process at the end, developing the qPCR system first then adding reverse transcription capabilities, and then finally doing mRNA isolation,” explains Daniel.

All of the essential liquid handling steps that form part of RT-PCR are being implemented on a single microfluidic chip, which is comprised of small-scale channels with integrated mixers, splitters, etc. This approach simplifies the overall process while speeding up reaction times and reducing reagent usage to reduce cost.

A high-level overview of the PCR indicates that first homogenisation must occur to ensure that all the components in the sample are evenly distributed throughout the sample. Thereafter, that sample is split in the microfluidic chip and each sample is mixed with a PCR master mix containing the relevant primers. That then goes on to a reaction volume where temperature cycling and finally fluorescence quantification is done. The second version of the temperature control system was implemented with a 3-millimetre-thick aluminium plate for efficient heat conduction and distribution with a temperature sensor that has 0.1 degrees Celsius resolution and 0.3 degrees accuracy. The digital sensor he uses eliminates the need for external calibration since it comes pre-calibrated from the factory.

The progress of the PCR process is then monitored by measuring the intensity of fluorescence of the resulting amplified DNA after each temperature cycle, which is done with a camera and UV light source.

The next part of this research project entails developing microfluidics for the various processing steps involved in developing the PCR device which is done with high-resolution stereolithography (SLA) 3D printer.

“Developing the microfluidics with a 3D printer, while slightly more complex than using hot embossing or soft lithography, reduces the time per iteration and adds the capability to design channels in 3D instead of the usual strictly planar designs. During the exploration process of doing various test prints with the printer, I very quickly realised that SLA printing requires extensive post-processing and rinsing and cleaning the parts is the most difficult of those steps,” says Daniel.

The trade-off for more involved post-processing is that the time between iterations is reduced, making it easier and faster to test and validate variations on a design.

For the next step, a syringe pump was required but none of the readily available syringe pumps was capable of infusion and extraction and very few of them were programmable. Daniel explains: “What I’ve completed thus far is the heating and temperature measurement system. Furthermore, the flow control and its dedicated controller for the syringe pump is basically done.” The second version of this pump will be implemented once the various components have been integrated. The camera module is already up and running and a fluorescence quantification test is planned once it is confirmed that the microchannels can be printed reliably with the 3D printer.

Resistive Biosensor for the Detection of LC3 Protein in Autophagy

Electrochemical lateral flow immunosensor for the early detection of tuberculosis